Despite nationwide financial struggles, over 75% of Americans’ home tech spending either increased or remained the same in 2020 compared to previous years.1  Americans received two stimulus payments during the pandemic—but how much of that went to smart home devices?

We surveyed 1,000 Americans age 18 and older to find out about their tech spending habits. How does your tech spending compare to the nation’s average?

Most Americans bought a smart home device during the pandemic

Home-tech spending thrived during the pandemic—85% of Americans bought a smart home device in 2020.

Here’s what we learned from those who purchased smart home devices in 2020:

Here’s what we learned from those who did not purchase a smart home device in 2020:

The US Census Bureau reports that over 88,800,000 people are teleworking now.3 In August, the Bureau of Labor Statistics estimated one in four employed people worked from home during the pandemic.4

With that added time inside, many Americans spent money on making home a more relaxing place to be. And with less face-to-face time, folks relied more on phones and smart displays to video chat with friends and family.

In 2020, 46% of Americans increased their home tech spending compared to previous years. 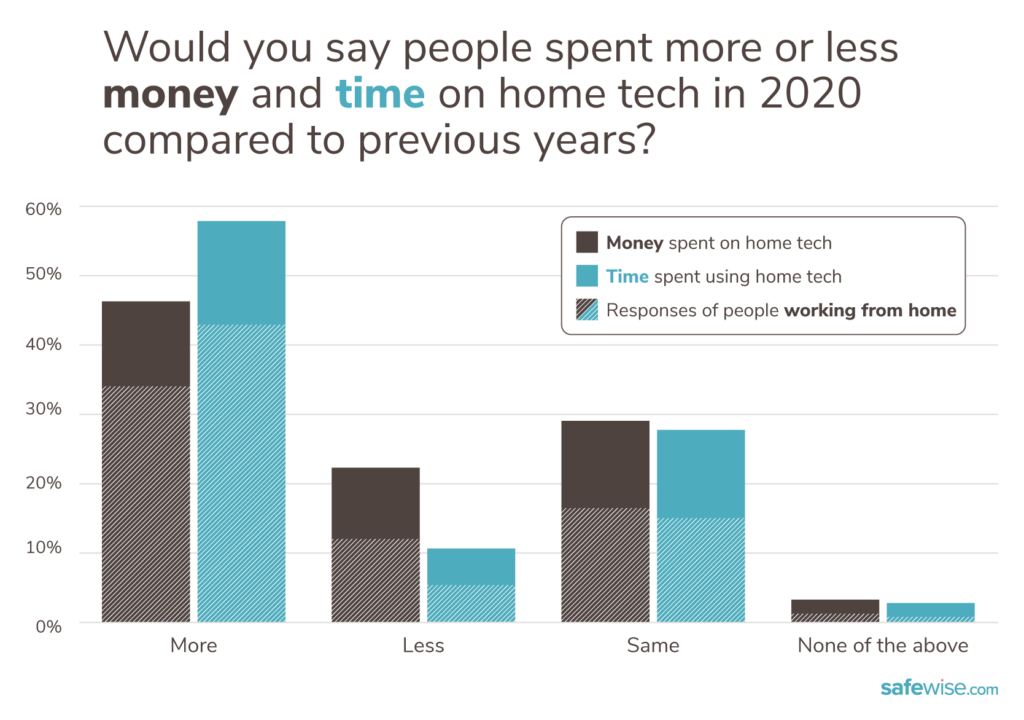 The majority of home tech spending came from those who work from home.

Americans spent more on home automation rather than security

The most popular smart home tech products over the past year included smart TVs, smart speakers and displays, and smart lighting. Over half of Americans (55%) picked up a new smart TV during the pandemic. 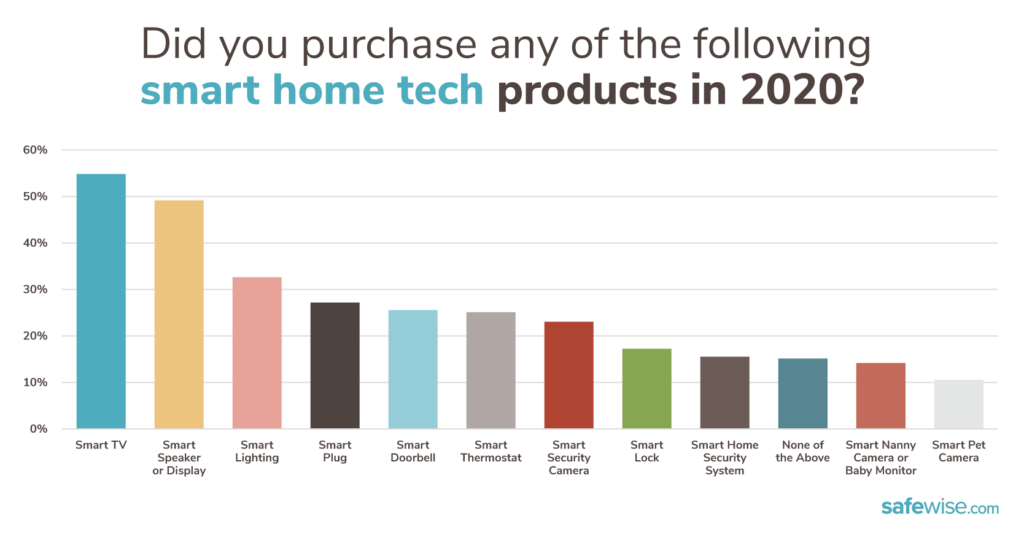 People were more than twice as likely to buy a smart TV than a smart security camera or smart lock.

Many of these smart home devices serve multiple purposes, so it’s not exactly about choosing home automation over safety.

For example, smart doorbells make it easy to get your packages and greet your guests, but they also help deter criminals and potentially provide audio and visual evidence in the event of an issue. And smart lighting may help set the right mood in your home but could also act as an alarm system or a deterrent.

That being said, over 40% of Americans purchased a security camera or alarm system in 2020.

Where did America shop for tech during the pandemic?

Seven in 10 Americans’ favorite place to shop online for home tech in 2020 was Amazon.

Despite the pandemic, 22% said they did most of their shopping in-store. (We recommend staying safe by washing your hands or using sanitizer, masking up, and social distancing.) 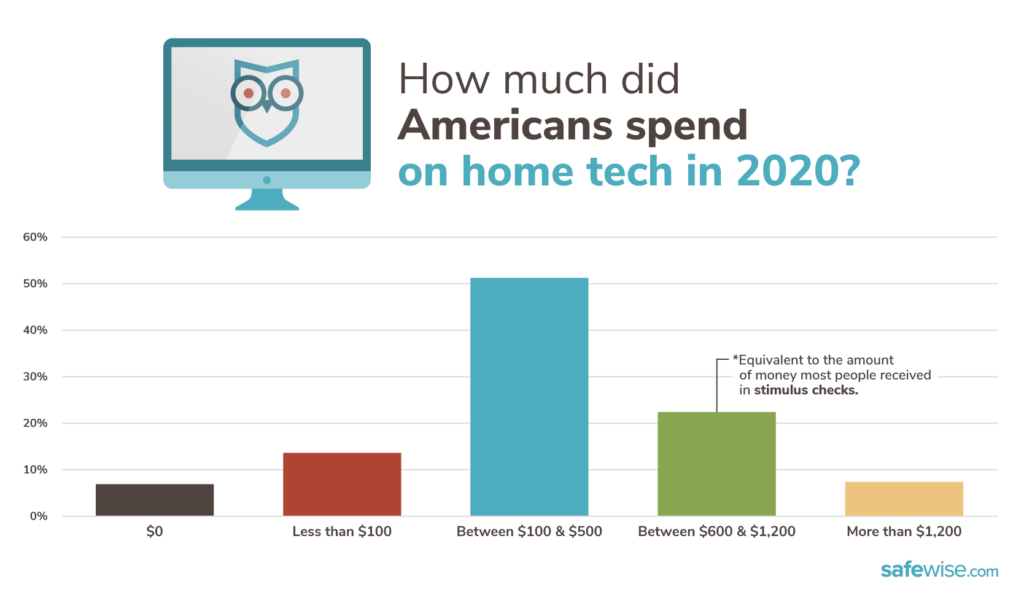 The majority of Americans spent less on tech than either of the pandemic-related stimulus checks, but only 6% said they didn’t spend any money on home tech in 2020.

According to data from the New York Federal Reserve, most Americans spent most of their first stimulus checks on savings and debt repayment rather than consumption.5

We’ll have to wait for future reports to see how people spent their second round of stimulus money, but we may see similar spending patterns on tech—especially for those that work from home.

As the pandemic continues, smart home tech spending will too

Between stay-at-home orders and businesses and travel restrictions, Americans spent a lot more time at home. And with that, they spent more money and time on their smart home tech.

While some folks invested in safety, most spending went toward devices like TVs that they use everyday at home. What sort of tech spending habits will we see in 2021?

Written by
Trevor Wheelwright
Trevor’s written about your money, your life topics for over six years. His work has been featured on Forbes, RealSimple, USA Today, MSN, BusinessInsider, Entrepreneur, PCMag, and CNN. When he’s not researching and writing, you can find him around Salt Lake City, Utah, snapping photos of mountains and architecture or seeking out some good tunes and friendly faces.
Read More